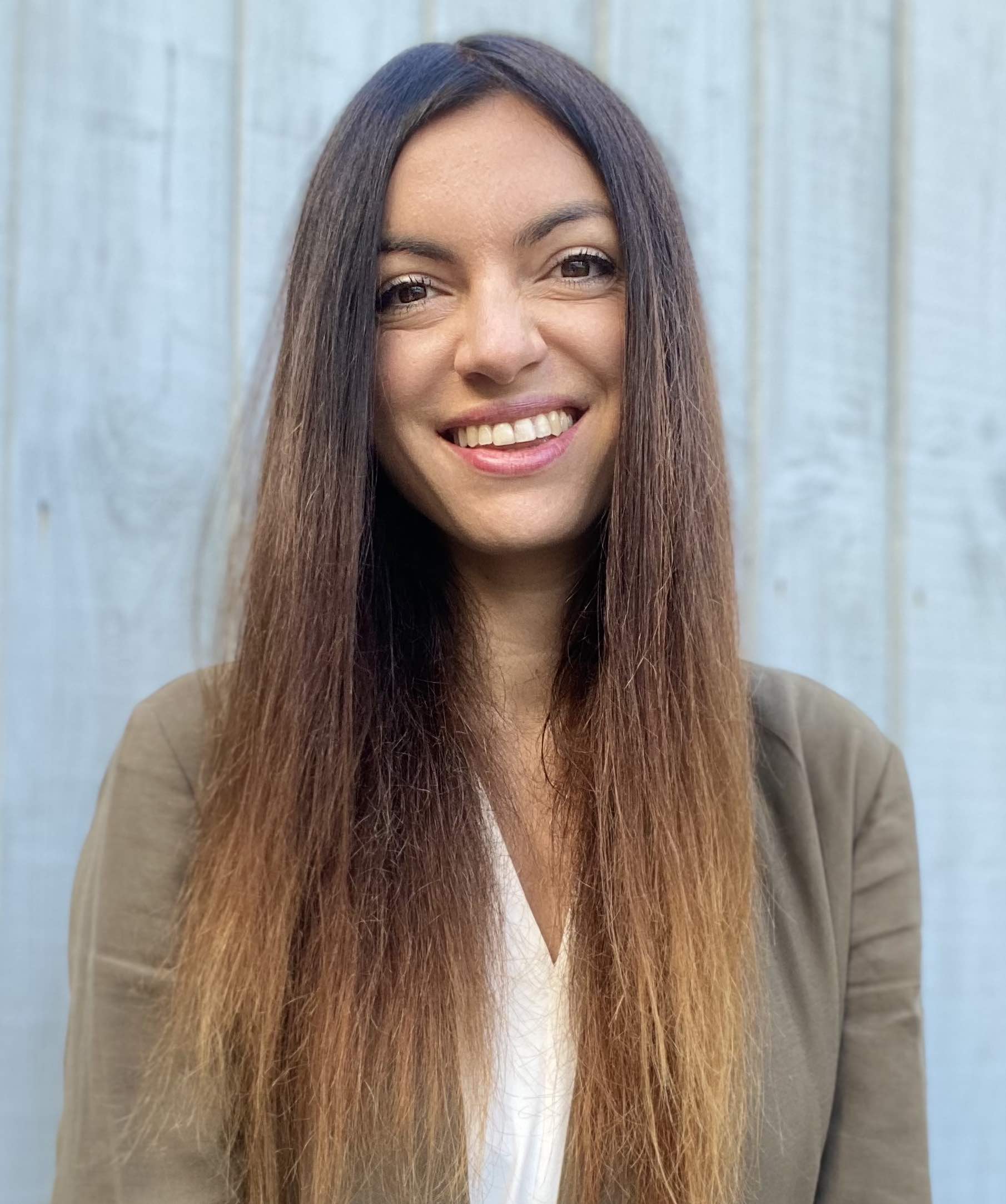 Camilla Morelli is an anthropologist of childhood and youth, and a Lecturer at the University of Bristol. She has conducted extensive ethnographic fieldwork with forest-dwelling children in Peruvian Amazonia. In this interview, Camilla will talk about her journey to anthropology, about the joy of working with children, but also about how a long-term ethnographic fieldwork enriched her as a person.

I think that the most rewarding thing by far is that unlike other disciplines, anthropology doesn’t just teach you things, but it shapes the way you see the world. I’d say that anthropology gives you a sort of “filter” through which you see the world. When you study anthropology, it’s like if you start wearing some kind of special glasses that make you see reality differently. You become quite attentive, perceptive and responsive to certain aspects of everyday life that most people take for granted and don’t see, but you just learn to see them there. And you know, it can be very rewarding – but it can also be a bit of a curse.

Camilla, thank you very much for your willingness to participate in this interview. How did you decide to study anthropology?

It was a rather strange and unexpected journey. Well, at least at the start. As most students who get into anthropology, I wasn’t entirely sure what the discipline was about, because you hear very little about anthropology before university. It just happened that one of the teachers in my class at my secondary school mentioned anthropology. She was talking about anthropologists studying rituals, and I fell in love with the idea without fully knowing what I was in for. So I decided to study that at university. I studied in Rome as an undergraduate (I am Italian, I grew up in Italy) and then I did a study exchange program in Manchester. And British universities are very, very good, so I decided to stay.

Thank you. In my view, study exchange mobilities can complete change one’s life and career trajectory. How do you see yourself if you didn’t go to Manchester?

I would be living a completely different life right now, because in Italy you don’t have the same opportunities as you have in the UK. Having an academic career is nearly impossible. Or even if it was possible, I guess it would have been much less rewarding. But like you say these exchange programs are important because I saw how, anthropologically speaking, an experience of living in a completely different cultural environment just gives you a better sense of how the world works. It gives you a richer outlook on life. So, this push we have across the world today, in the UK and across Europe, to close borders and stop of the movement of people is detrimental to everyone.

I can only agree… Now I will jump a little bit forward and I would like you to tell us more about what you do, what do you specialize in to give our readers a bit of a background of your work.

I am an anthropologist of childhood and youth, and I specialize in the use of visual and experimental child-centred methodologies. I have done most of my research with children and young people in the Amazon rainforest, in Peru. I have been working for the past twelve years with a group of people called Matses, who live quite deep in the Amazon rainforest. I started working with them in 2010, specifically with children and using visual methods, particularly using drawing and participatory photography (giving children cameras). Throughout the years, I have seen the children grow up and become different kinds of adults compared to their previous generations. I saw the incredible agency that children have – they really are actively driving major processes of social, economic and cultural transformation.

Recently I started conducting different projects that look specifically at children, young people and climate change, specifically using animation co-production to work with young people in coastal environments as well. So, these are the two main strands of my research.

That’s absolutely fascinating. I wonder how you got to choose the children. I mean it seems that anthropologists are showing an increasing interest in children, but in 2010 it wasn’t as popular.

My interest in working with children goes way back. Before starting a PhD, I worked with children for my Masters’ research project. And when I was younger, I also worked with children. I worked in a nursery school. What really fascinates me about children, what I am particularly interested in, is the study of their imagination. I am interested in looking at how children craft new and original meanings by bringing together different things they see around and then combining them in new ways, creating something entirely new.

I mean, this is something that we all do continuously in life. But when you work with children, you see it a lot more vividly. You see how children create new ideas, values and worldviews that often break and go beyond social norms and conventions. I find it interesting to see how through play and the imagination, children set up new possible ways of being in the world and craft new futures.

That’s amazing. You mentioned that you were working in a nursery? Please, tell me more about this. We jumped into studying anthropology, but I would like to know about this. It seems like it could have influenced your choice of informants.

I must say that I haven’t thought about that very much! I was in secondary school, and I was looking for a kind of after-school job to earn some money. A friend of mine has just opened a private nursery school in our town (I come from a small city in Tuscany), and she asked me if I was interested in working there. So I started doing that, helping in after-school hours and weekends, and when children had birthday parties there.

There’s something actually that makes working with children and young people much better than working with adults – which is their level enthusiasm and engagement in the activities that I propose to do. We adults are often tired and bored. But kids are always up for things. I say “Hey, kids, I want to do a research project. I will give you cameras!” and they are always so enthusiastic and jump at the opportunity, and then they always ask me to so more. Children and young people are always really glad to be part of the research, to be listened to, and to play active role in research activity. It is very, very rewarding.

When you mentioned ethics in terms of studying children – sometimes it feels as if we keep talking about the ethics and we forget about the children. How do you deal with all these constraints?

It can be challenging and complicated. For me, it is of uppermost importance is about creating a fair and inclusive environment that prioritizes at all times and at all costs the benefits the participant who take part in the research. I am 100% committed to conducting that kind of research that is entirely beneficial to the children and the young people I work with and which they enjoy, which they will ask to do more of. This kind of research is built upon mutual trust – I prioritise their safety, and ensure their parents know their children are safe and well. For me, there is no possible research other than this. Conducting ethical research for me also means creating reciprocity – i.e. doing research that it is beneficial for the participants, and where they gain out of it something they are interested in gaining.

The problem for me is that when you do research as part of an institution, you have to comply to ethics procedures that are predicated western-centric ethical values. But as anthropologists, we know that ethics are not universal (as institutions may think) and vary widely cross-culturally, so it is important to consider local ethics and moral values when conducting fieldwork. This can make the process challenging sometimes.

Our organisation – SASA – has a goal of spreading the word of anthropology to non-anthropologists and at the same time to encourage those who are thinking of studying anthropology. Why is it good to study anthropology?

I can’t imagine myself doing anything else really. This is just what I like. I think that the most rewarding thing by far is that unlike in other disciplines, anthropology doesn’t just teach you about certain kind of things, but it shapes the way you see the world. I’d say that anthropology gives you some kind of “filter” through which you see the world. When you study anthropology, it’s like if you start wearing some kind of special glasses that make you see reality differently. You become quite attentive, perceptive and responsive to certain aspects of everyday life that most people take for granted and don’t see, but you just learn to see them there. And you know, it can be very rewarding – but it can also be a little bit of a curse.

In the UK, the job market is finally realizing this. Here there is an increasing demand for students and anthropology graduates. I see this when I talk with my alumni and hear what they tell me about the job interviews they’ve had, and how they were able to bring in a quite unique perspective. And the people who were interviewing them saw that. This is why I think it’s great to study anthropology.

Some people I know got very scared of doing a long-term fieldwork. it is hard to leave your family and friends. What does a long-term ethnographic research give you as a person?

For me doing a fieldwork and especially doing fieldwork in the rainforest for 12 consecutive months, during my PhD, was the best time of my life. It just gives you something that nothing else ever will. Especially doing something so immersive, it just changes you as a person, entirely. I did something quite particular, quite extreme, to be in the forest and out of contact entirely. I wouldn’t talk to my family and friends for months at a time. And being so close to a group of people that give meaning to life in entirely different ways, it really makes you appreciate that there are so many different possibilities of being in this world, and this makes you learn so much! Not just in terms of gaining certain kinds of knowledge and notions, but you learn so much in terms of the choices we make as human beings. You learn to question these choices; you learn to question what kind of human being you want be.

On behalf of SASA, this interview was conducted by Daša.