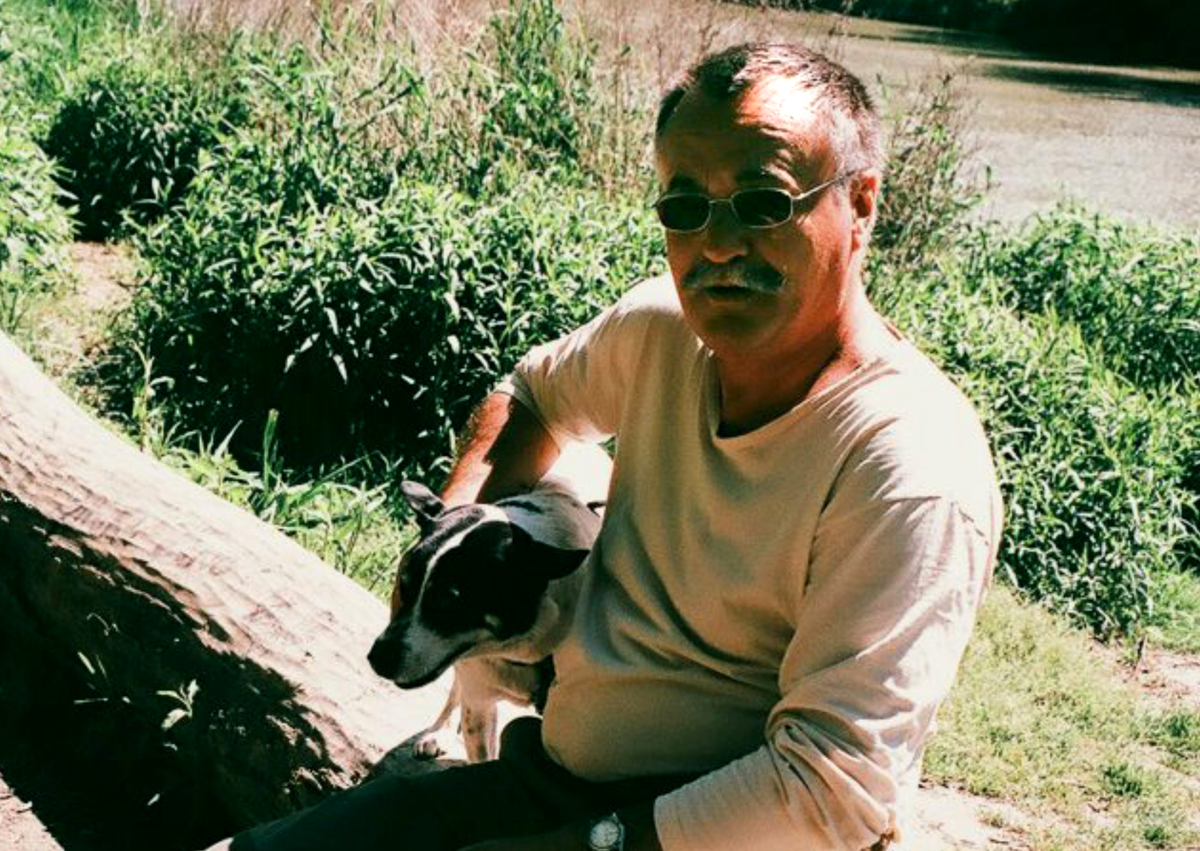 Juraj Podoba (1958) is a social anthropologist and ethnographer working at the Slovak Academy of Sciences, the Institute of Ethnology, and the Institute of Social Anthropology at the Faculty of Social and Economic Sciences, Comenius University in Bratislava. His focus is broad – his research areas include material culture, where he focused on settlement and housing culture, but also the cultural diversity of the Carpathians, cultural heritage protection, modernization, transformation processes, value orientations, nationalism, ethnicity, ethnic conflict, cultural ecology, environmental movements, sustainable development, and methodology of social sciences.

“I would probably name three sources. The first one was purely pragmatic, through the exclusion method. Originally I was interested in history, but this was still on the basis of my adolescent reflections on studying history. However, from the age of fifteen or sixteen, it was clear to me that at that time, along with philosophy, history was the most ideologically tainted social science. And I must also state that it was the most political one, as well. From late childhood to puberty, I had two major interests: I was a bookworm and a scout, and after the abolition of scouting, I became a member of the tourist division. Nowadays, we call it ‘outdoor sports,’ and so essentially I spent a lot of time in nature. Over time, I shifted my interest to archaeology, as it is also a form of historiography or historical research that takes place in nature, and thus I combined my passions. As a high school student, I even worked on archaeological research in Devín, which was done by the Municipal Museum. In the year I graduated, the archaeological department did not offer a course, as this department did not take in students every year in the seventies and eighties.

The second source, as I mentioned, was outdoor sports, thanks to which I crossed almost all the Slovak mountains with a backpack on my back. It was impossible to go abroad at that time, and we were very young anyway. In the seventies, it was in the mountainous and foothill areas where you could observe the increasingly vanishing world of the pre-industrial farmer, represented by the oldest generation, born at the end of the nineteenth and the beginning of the twentieth century. And it was the agony of the pre-industrial (in our environment also the pre-socialist) world of the Slovak climber that I had the opportunity to observe as a by-product of wandering in the mountains. Somehow it appealed to me as a city boy.

The third source, as I also mentioned, was that I was a bookworm and, consequently, I read popular literature, ethnological literature. This was especially in Czech – for example, Stingl and Šolc, but also other authors – I read the classics of ethnology and other humanities from the first half of the twentieth century. And of course a lot of travelogues. I read fiction and popular science literature that dealt with what we call ‘natural peoples’. So it was probably for these three reasons that I decided to go for this field.”

How did your study go then?

“After a year, I transferred to Brno. I graduated from the Vazovova 6 grammar school, which was one of the three best grammar schools in Bratislava at the time. It was an elite grammar school, so to speak. As adolescents, of course, we made fun of the school, but then I got to the Faculty of Arts at Comenius University, where I got in quite unexpectedly, given my political profile. However, I was soon shocked, as I found myself in a markedly less intellectually stimulating environment. The only exception was Emília Horváthová – at least in our year she was very popular. It was not just that she was an educated expert and a wise woman at the time, but she was very original and authentic. The second thing was that my grammar school was a properly Russian school, there was a sense of Sovietization and Russification. I graduated in ’77, when Charter 77 was published. Thus, I was preparing for graduation exams in a very stuffy atmosphere. Various anti-campaigns saying “We will not subvert the Republic,” and so on took place. And, of course, things like that were also present at our grammar school. However, when I started college after graduating in September, I was shocked at how normalized the institution was. Your generation could no longer understand that. There was a really suffocating atmosphere, full of snitching.

Fortunately, after a year, I managed to transfer to Brno, which was a very good choice for me at the time. However, this assessment must be made in the context of the period during which I studied there, the situation then was quite different from today. At that time, the “Moravian ethnographic school” was probably considered the best one. When I arrived there after a year spent at the Faculty of Arts in Bratislava, I felt like I was at Oxford. The other thing – we were taught by important anthropological figures, which, unfortunately, could not be said about Bratislava. And that is true to this day. Another reason was that, surprisingly for the period, there was a very good atmosphere. I cannot judge whether it was the whole Faculty of Arts or just some departments, but it certainly was not just the Department of Ethnography. We found ourselves in this – I call it ‘the normalization lee’ – as if normalization was bypassing our department. That school was truly incomparably freer, more liberal. I remember that the Head of the Department of Ethnography, Professor Richard Jeřábek, did not try to be anyone but his authentic self. Many of his statements, or even his entire lectures, often aspired to contribute to the competition “For the Golden Grid of the Ministry of the Interior”. In short, you could exist there quite freely. Needless to say, when I finished school, my thoughts on this were already a bit different, because I felt like I did not know anything. But that’s probably how many students feel (laughter).”

Of course. And what did you do next?

“I managed to get a research fellowship at the Ethnographic Institute of the Slovak Academy of Sciences, then I went to war. After that I finished the fellowship, and then, under quite dramatic circumstances, I managed to secure an opportunity for a postgraduate study. At the time, any postgraduate study in the social sciences had to be approved first by the party’s municipal committee, which became a bit of a problem. So I was left in the air for a few months. Then it worked out – through all sorts of family channels – and I continued my postgraduate studies. Subsequently, I got an assistant position at the Slovak Academy of Sciences.”

Have you stayed at the Slovak Academy of Sciences since then?

“Yes, I’ve been there ever since. But in the meantime, I also joined the faculty here (note: the Faculty of Social and Economic Sciences, Comenius University in Bratislava), and I also taught externally at a variety of institutions.”

I know you have worked in both Switzerland and Cambridge. How did you get there?

“My visit to Switzerland had its beginnings in ’91, when Milan Stanek, who was working at the Ethnological Seminar at the University of Zurich as an ‘Oberassistent’ (note: equivalent to a UK’ reader’), appeared at the Institute of Ethnography. I would compare his position to a scientific secretary, he was responsible for organizational and administrative matters. Accordingly, he had the resulting responsibilities but also powers. At that time, he appeared in Bratislava alongside his partner Florence Weiss and offered the staff of the Institute of Ethnography to submit a project consisting of one semester of pedagogical work at the Ethnology Seminar in Zurich. So I wrote a project that was accepted as a result of a selection process. At the University of Zurich I taught one subject (in the form of lectures and proseminars) in the summer semester of the academic year 1991/1992. It was called “Wandel und Werte im slowakischen Dorf” (note: “Change and Values in the Slovak Village). The course was optional – the students did not have to take an exam or so. Since I lived in Basel but worked in Zurich – where I did not have to travel every day – I also lectured in Basel, taught the Ethnologisches Seminar (note: Ethnological seminar) and the Seminar für Sozialgeographie (note: the Social Geography seminar).

As for the University of Cambridge, I applied through a selection process. It was a project financed by a US foundation, under this major program, called the “Global Security Program”. The research program consisted of eight projects that were focused on two conflict regions after the fall of totalitarian regimes. The first was South Africa, where there was, so to speak, a fascist-police apartheid regime. Moreover, a few years earlier, at the turn of the 1980s and 1990s, totalitarian regimes in Eastern Europe had fallen. So the intention of the program was to research these changing regions after the end of the rule of authoritarian, totalitarian regimes that suppressed human rights and in some way shaped society; and in parallel ways, with the fall of these systems, two major problems arose there. The first problem was posed by ethnic and sectarian conflicts. The second major problem in both regions was associated with environmental depletion. However, the primary focus of the project on which I personally worked was ethnic conflict. There were several countries, Slovakia, Poland, Hungary, and Ukraine. So that is it about my work in Switzerland and England.”